Do you remember as a kid when we ate our cornflakes or rice crispy. We would also read the back of the box as we consumed the product. Uncle Gregory’s coffee is packaged and design the same way with American suppress history printed on the back and sides of the package.

When the American Confederacy lost the Civil War in May 1865, 10,000 to 20,000 Southerners fled the USA for a small city in Brazil and then spread out, where they could rebuild their lives and carry on their traditions.

Now, 150 years later, their story has been seemingly erased from our history books. 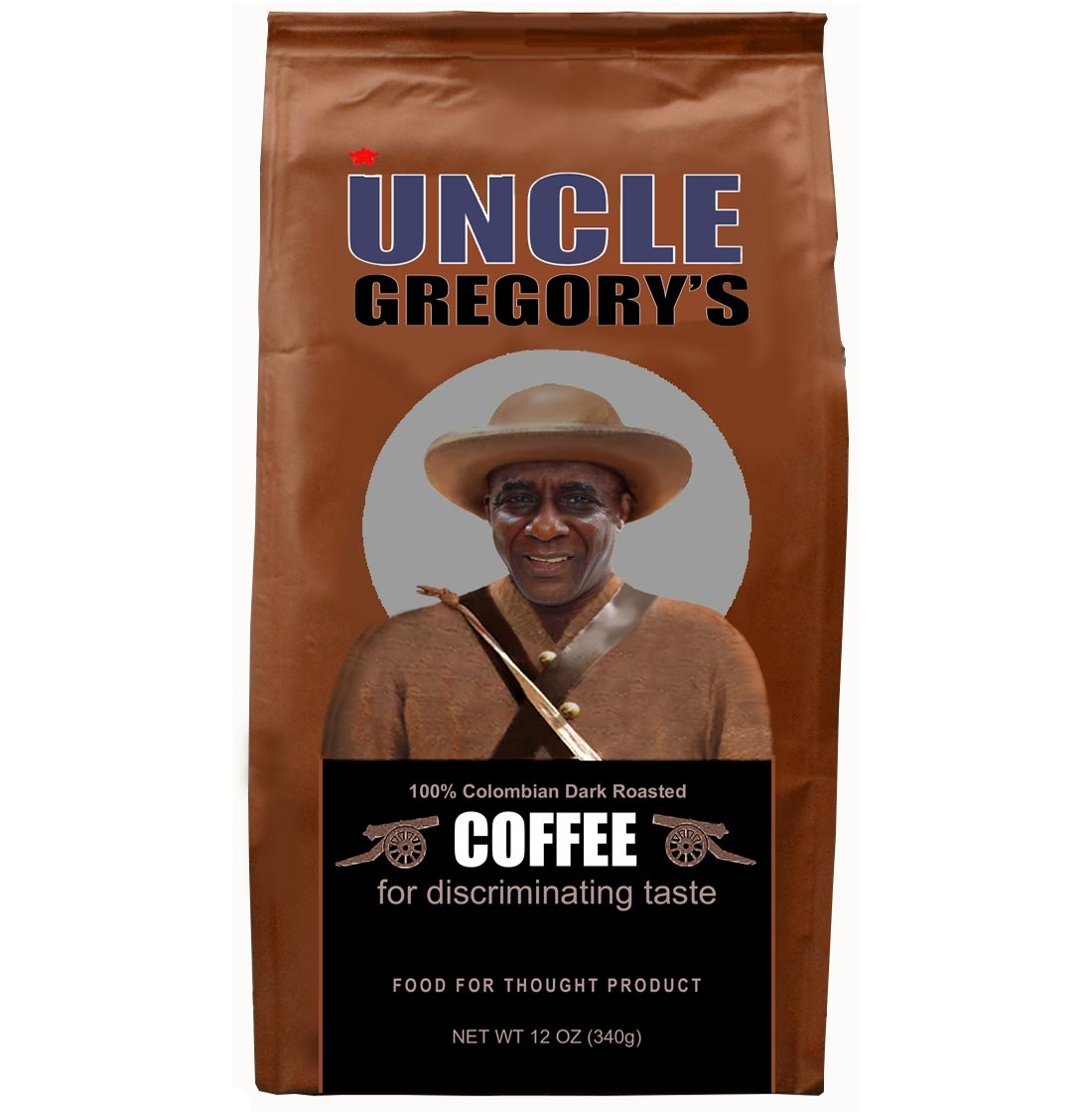 But deep in the heart of South America descendants of these confederate expats gather annually to celebrate their controversial history and maintain their traditions and culture.

It has been estimated that over 65,000 Southern blacks were in the Confederate ranks. Over 13,000 of these, “saw the elephant” also known as meeting the enemy in combat. These Black Confederates included both slave and free. The Confederate Congress did not approve blacks to be officially enlisted as soldiers (except as musicians), until late in the war. But in the ranks it was a different story. Many Confederate officers did not obey the mandates of politicians, they frequently enlisted blacks with the simple criteria; “Will you fight?”

Free black musicians, cooks, soldiers and teamsters earned the same pay as white confederate privates. This was not the case in the Union army where blacks did not receive equal pay. At the Confederate Buffalo Forge in Rockbridge County, Virginia, skilled black workers “earned on average three times the wages of white Confederate soldiers and more than most Confederate army officers ($350-$600 a year).

Dr. Lewis Steiner, Chief Inspector of the United States Sanitary Commission while observing Gen. “Stonewall” Jackson’s occupation of Frederick, Maryland, in 1862: “Over 3,000 Negroes must be included in this number [Confederate troops]. These were clad in all kinds of uniforms, not only in cast-off or captured United States uniforms, but in coats with Southern buttons, State buttons, etc. These were shabby, but not shabbier or seedier than those worn by white men in the rebel ranks. Most of the Negroes had arms, rifles, muskets, sabers, bowie-knives, dirks, etc., and were manifestly an integral portion of the Southern Confederate Army.”

Frederick Douglas reported, “There are at the present moment many Colored men in the Confederate Army doing duty not only as cooks, servants and laborers, but real soldiers, having musket on their shoulders, and bullets in their pockets, ready to shoot down any loyal troops and do all that soldiers may do to destroy the Federal government and build up that of the rebels.”