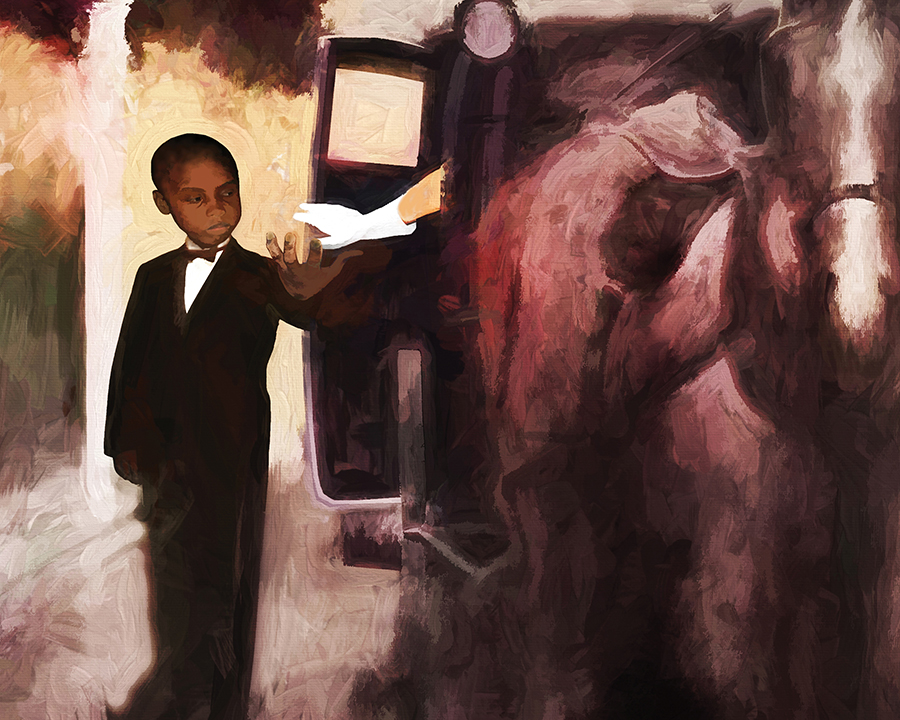 Uncle T and the Uppity Spy’s star character Jim Lewis stayed on the Confederate side of the war. Today Jim might be labeled an “Uncle Tom,” which is a reference to Harriet Beecher Stowe’s novel Uncle Tom’s Cabin. Stowe’s character “Uncle Tom” was a saintly black slave who died with such Christian grace at the hands of a cruel overseer that the overseer was immediately converted to Christianity. Tom also refused to run away, out of loyalty to his white master. Similarly, Jim Lewis never ran away from Stonewall Jackson, but served him with genuine loyalty and devotion until Jackson’s untimely death. Jim’s brother Tyler, on the other hand, was so outraged by his treatment under slavery that he was only too happy to go over to the Union side.

In the above picture, Jim is pictured in his early years as a stylish and obedient servant to the household of Stonewall Jackson. The arrival of company at the Jackson household was an impressive event, awakening all of Jim’s energies and enthusiasm. No sight was more pleasing or welcome to Jim than a pile of traveling trunks out on the veranda, for it was then that he foresaw fine eating and the opportunity to play the violin, which made the missus Jackson mighty happy. Her fat sides would shake with merriment and the genuine pride of teaching such a learned student. It elevated her status as a humanitarian woman of great charity and generosity to have such an accomplished servant.

Our current day sees many racial injustices in spite of the fact that slavery has been illegal in the United States for more than one hundred years. Equality sometimes seems an elusive dream, and people grow angry and strident about its lack. Although injustice and prejudice are never justified, it is arguable that the good character of a person like Jim Lewis might have swayed white opinion far more than defiance and accusation ever could. It is historical fact that, upon Stonewall Jackson’s death, Jim Lewis was chosen to be one of the pallbearers. Indeed, the missus Jackson was worried that Jim’s genuine sorrow over the loss of Jackson might drive him mad, he was so aggrieved.

Even in a system of injustice, there may be human feeling, compassion, and even love. Jim Lewis was an exemplar of love, and he generated love and respect in the hearts of his oppressors.    CLICK HERE to purchase a sign by artist Giclee 16" x 20" wall art print, The above text from the book Unlce T and the Uppity Spy is what inspired this painting: