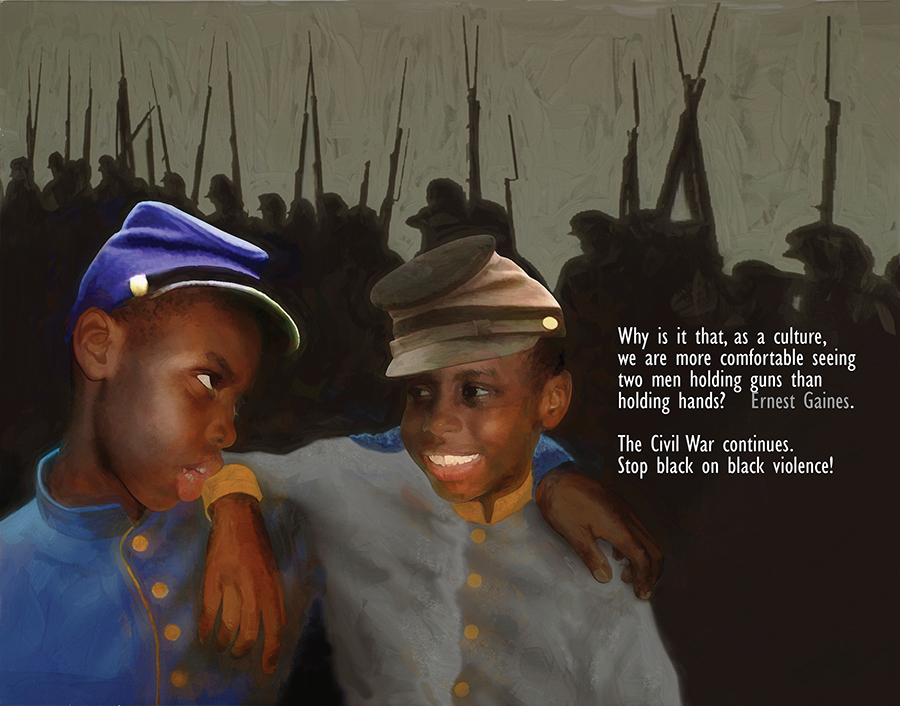 These days, the term “Uncle Tom” can hold two distinct meanings. The first is spun out of the derivative adaptations of Harriet Stowe’s original novel Uncle Tom’s Cabin: “Uncle Tom” means a docile and ridiculously subservient black person who is particularly happy in being the underclass to white people and complicit in the oppression of others of his or her community. The second is the ambitious black person who “sells out” by joining mainstream society or the middle class by getting educated and objectively acts superior or turns their back on their community or where they came from just to climb the economic or social ladder.

Both definitions have these “Uncle Toms” overly identify with whites either from fear or opportunity, usually to their undoing or their loss of personal individuality and history. Both definitions are overly simplified and stray from the original portrayal of the Uncle Tom character. This over-simplification and contortion of the original story is a common problem in today’s media, especially when related to race relations in today’s America.

For everyone tossing the term around, it’s clear that a vast majority of them do not know who Uncle Tom really was: a black man, beaten to death by white slave owners while trying to protect others in his community. This Uncle Tom from the original novel is a Christ-like figure. This was the author’s original intention before pro-slavery entertainers took it and twisted it into the derogatory term we use today. Stowe was presenting an argument that slavery was inherently not Christian that slaves were human and to enslave them did not adhere to Christian ideals. The proliferation of the term in today’s world only shows the continued comfort we as a society have with violence, and the general apprehension we have when it comes to peace.

We as a nation and as the human race are battling a civil war within ourselves – and it will take more than bombs and guns and street violence to win that war.

Artist, writer, and publisher Gregory Newson has been working his whole life as an activist for the black community. He points out some of the real “Uncle Toms” in today’s society: “It’s the rap artists – many of them are paid by white-owned record labels to perform lyrics that degrade themselves and black women. These are the closest to ‘Toms.’”

It is still a hot button issue among African-Americans, which is why Gregory Newson tackled the subject head-on in his new book Uncle T and the Uppity Spy.

To become a part of the conversation, please purchase your 16 x 20" Giclee wall print, signed by the atist, from the book Newson’s book Uncle T and the Uppity Spy

CLICK HERE to purchase a sign by artist Giclee 16" x 20" wall art print, The above text from the book Unlce T and the Uppity Spy is what inspired this painting: