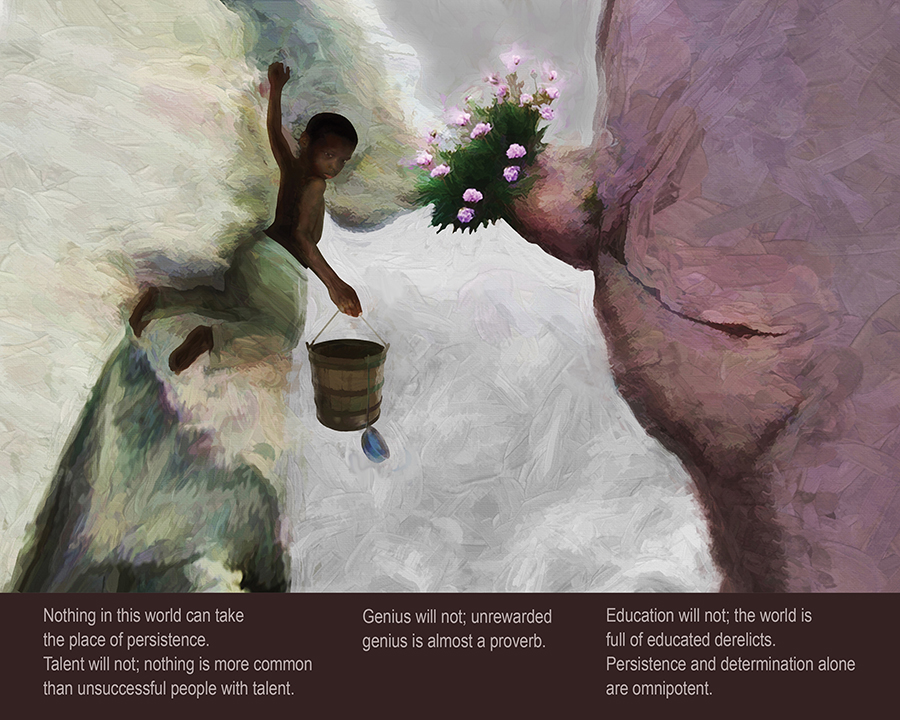 Here is an example of persistence from the book Uncle T and the Uppity Spy. A black pastor honors Thomas Stonewall Jackson. This pastor, Reverend Downing, is the son of Jim Lewis and the nephew of Tyler Lewis. The pastor’s message to his congregation was to emphasize the merits of perseverance and commitment and to teach them about the struggle to erect a fitting tribute to his father’s favorite Civil War hero, General “Stonewall” Jackson. The pastor found it took great courage to persist in the undertaking, as it was opposed by other black groups of the time.

Downing strongly believed that had he been seeking to honor Abraham Lincoln, things would have been very different. There would have been gifts and donations, in spite of the fact that at the beginning of the war, Abraham Lincoln had been reluctant to make ending slavery a primary war aim. What was more, Lincoln’s favorite Union general, Ulysses S. Grant, had owned a few slaves before the war. Few truly understood Reverend Lilburn L. Downing’s cause, and he was greatly ridiculed for his actions. Yet the pastor continued to relate to his Sunday Bible class the story of his father’s Confederate hero and the deep and close relationship the two men, black and white, shared.

On this day, Pastor Reverend Lilburn L. Downing, whose father had been Jim Lewis and his uncle Tyler Lewis, was celebrating the birthday of his father’s Confederate Civil War hero, Stonewall Jackson. The reverend looked up again at the stained glass window that had been made in the general’s honor. He began to tell the tale of the orphaned twin slave boys who had belonged to General Thomas “Stonewall” Jackson of Lexington County, Virginia, who was a constable of Lewis County, an instructor of artillery tactics, and a member of the Lexington Presbyterian Church.    Please CLICK HERE to purchase a sign by artist Giclee 16" x 20" wall art print, The above text is from the book Unlce T and the Uppity Spy that inspired this painting: