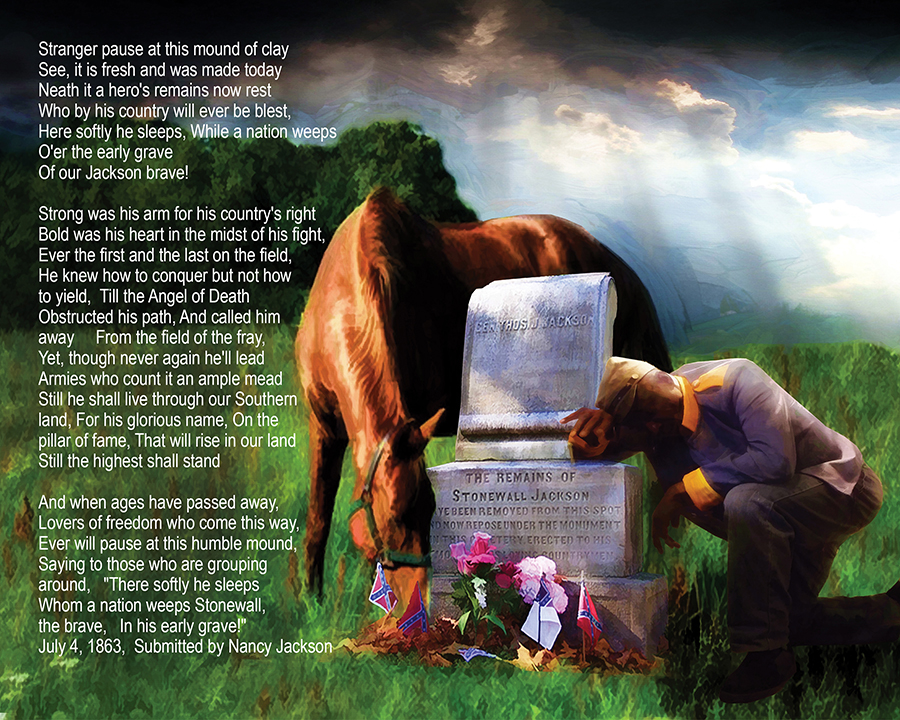 General Thomas Stonewall Jackson’s amputated arm is buried in a separate grave from the rest of his body. It is ironic to this author that the same arm that handed Bibles to African American slaves, and broke the law by teaching them how to read and write, is separated from the rest of the general’s remains.

The arm limb was buried several days before Jackson’s death, as he died of complications from the wound. The arm rested in Ellwood Manor on the Wilderness Battlefield. It has been dug up a few times in the past, but it has always made its way back into the ground. While the grave of Stonewall Jackson’s body is in Lexington, Virginia, and he died at what is now the Stonewall Jackson Shrine more than twenty miles away, his arm has remained separated.

To this author, this symbolizes the divide in understanding Jackson’s true legacy. Honored as a war hero, glamorized for his contributions to the violence of the battlefield, it was in fact the hand that extended compassion and education to African American slaves that is the real symbol of what Stonewall Jackson gave to America and who he was.

Here is evidence of Stonewall Jackson’s work: in 1870 a new Southern-based denomination, the Colored (now “Christian”) Methodist Episcopal Church, was founded by indigenous Southern black leaders. The training Jackson gave to free blacks and slaves was a seed for a vibrant Southern black religious life. Defying the law to live out his Christian beliefs and impart them to others, Jackson was one of the foremost seed-spreaders of black Christian worship in the important and influential state of Virginia.

CLICK HERE to purchase a sign by artist Giclee 16″ x 20″ wall art print, The above text from the book Unlce T and the Uppity Spy is what inspired this painting: