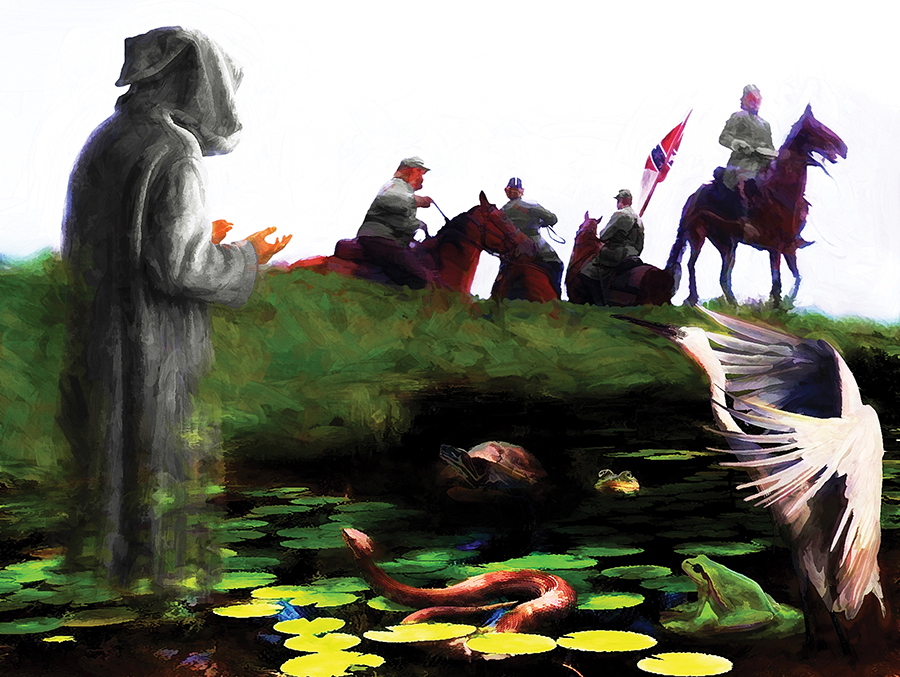 As historical fiction, Uncle T and the Uppity Spy speculates that while Stonewall Jackson fervently believed that God had crowned his military efforts with the victories he won, Jackson was a soul-searching man, and his doubts about the wisdom of human bondage could not be contained. Stonewall had even gone so far as to confide his misgivings about the righteousness of the “cause” to one of his staff. That was shortly to prove a very fatal mistake, and the book maintains that this fictional scenario made it possible Jackson had signed his own death warrant. The staff officer knew that if the South's greatest hero were to make known his reservations about slavery, it would plunge the Confederate army into turmoil. He also knew that Jackson fully deserved the name of Stonewall, for once the general had made up his mind about something, nothing could stop him. If the general were to turn against the “cause” in word or deed  it would be a serious morale conflict among the troops.

Although this is fictional speculation, it is historical fact that Stonewall Jackson had feelings of tender, loving care toward blacks. Although his duties as General Robert E. Lee’s “right arm” in the Confederate army were great, General Jackson remembered the Sunday school he had founded for blacks in Lexington, Virginia, and continued to contribute to it.

This is evidenced by a letter sent by General Jackson to Pastor White: “My dear Pastor, in my tent last night, after a most fatiguing day of service, I remembered that I had failed to send to you my contribution for our colored Sunday school. Enclosed you will find a check for that object, which you will acknowledge at your earliest convenience. Yours faithfully, T.J. Jackson.”

CLICK HERE to purchase a sign by artist Giclee 16" x 20" wall art print, The above text from the book Unlce T and the Uppity Spy is what inspired this painting: