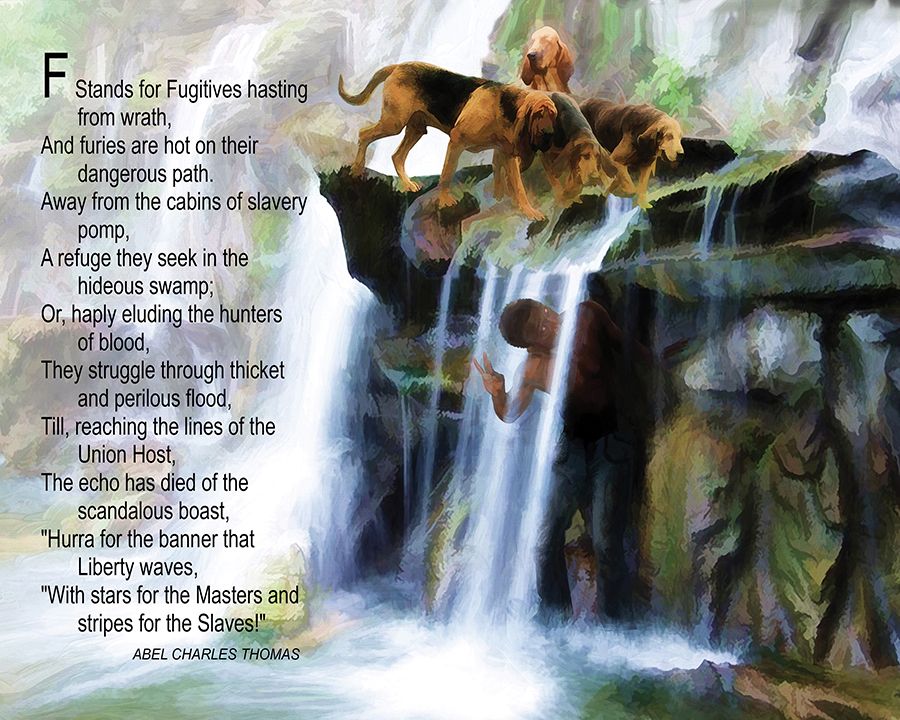 The gospel song “Wade in the Water” is often sung today at baptisms. However, in the era of slavery, the song contained covert guidance for escaping. Since bloodhounds could not trace human scent through water, escaping slaves were told through the song that they should cross through water to hide the scent of their tracks.

“Coon dogs” are dogs trained to hunt raccoon, but these dogs were also trained to hunt human beings. “Coon” became a derogatory name for black people, and “coon hunting” is when people set dogs on black people to hunt them down and hurt them. Unfortunately, the term and the concept are not dead in our day. In his 911 call, George Zimmerman, who shot down young black Trayvon Martin in cold blood, made a reference to hating “coons.”

There were regular patrol people called “Patterollers” who chased down escaping blacks with coon hounds. Again, there are modern-day echoes of these despicable practices.

At times whites engaged in the horrible “sport” of “coon huntin.’” By this they meant chasing down innocent blacks who were already free and apprehending them to sell them as slaves at 100% profit. Whites both North and South engaged in this despicable practice, terrorizing blacks and prohibiting their freedom of movement as they feared being captured, beaten, and perhaps killed. Sometimes “coon huntin’” involved going to black neighborhoods and simply making trouble for any black who happened to be walking around. Such terrible racist behavior occurred in both the North and the South.    CLICK HERE to purchase a sign by artist Giclee 16" x 20" wall art print, The above text from the book Unlce T and the Uppity Spy is what inspired this painting:
Category: Uncategorized