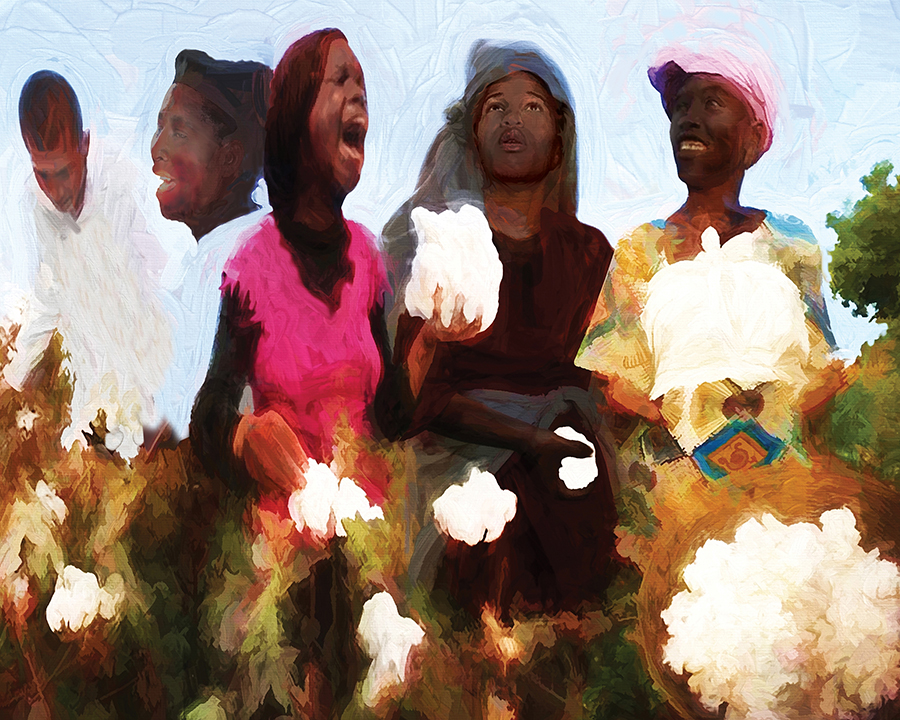 Sometimes messages were sent secretly, in the words of a particular song. If a slave were to sing “Steal Away to Jesus” for instance, other slaves would hear it, and know there was going to be a secret meeting in the woods that night. Certain songs warned of approaching danger; other songs meant it was safe to move forward.

Communication was very important to the survival of the slave, and there were many ways slaves spoke to and informed each other. It was, however, imperative to be sure and not let the master or his men catch them as they sent and received information. If a slave went into town for the master’s mail, that slave could listen at the post office while white people spoke of the contents of the letters they had received. It was a good way to get news, but the chance that the overseer would discover them and mete out punishment remained an ever-present threat.

The house slave would remain alert and attentive to any usable information as they worked in the big house. If it was heard that the slave-owner was having money troubles, that was grave news indeed, for it could mean that slaves might be sold to pay the debt. Many slaves chose to run away after finding out the master meant to sell them off. If a house slave could read, he or she could occasionally peek at a newspaper within their master’s house, but this was risky. Slaves caught reading, or even attempting to read, were severely punished and often sold away.

Many whites enjoyed hearing slaves sing, and they would not be suspicious of a black woman like Harriet Tubman singing the day or night away. Tubman also used slave songs to relay other messages. For example, sometimes she had to leave a group she was leading north to get food or other needed items. She would tell them to hide and wait for her signal. If she came back and sang one song two times, they would know it was safe to come out of hiding. But if there was danger — slave catchers in the area, for example — she would sing another song.This would mean that the group had to stay in hiding until Tubman sang the “all clear” song. However, if you didn’t know the signal, you might think that Tubman was singing just to pass the time of day.

The spiritual side of black life impressed Thomas J. Jackson greatly, including the musical side. Southern perceptions of blacks included that they were passionately emotional, given to spiritual manifestations such as visions and forebodings, and endowed with a deep love for and a gift for music, which was especially clear during hymn-singing. Spontaneous expressions of joy during hymn-singing included both laughter and tears, as well as great exultation and affection toward one another, expressed in embracing fellowship. Perhaps because of witnessing such devotions, Jackson believed that black people had avenues to God unknown to whites and that their relationship with God should be encouraged.   CLICK HERE to purchase a sign by artist Giclee 16" x 20" wall art print, The above text from the book Unlce T and the Uppity Spy is what inspired this painting: