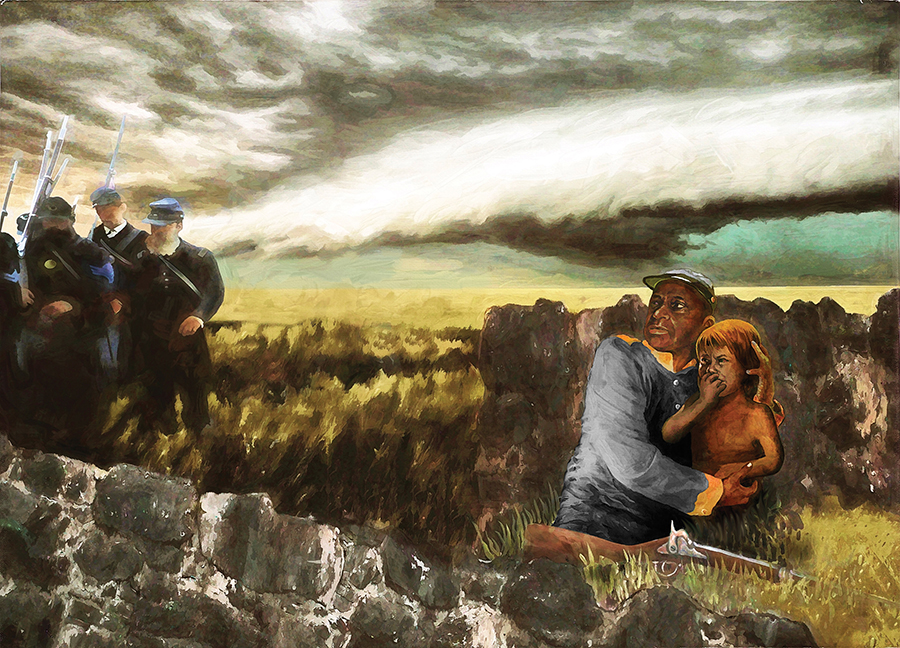 Some black Confederate soldiers felt they were protecting their loved ones in the South by fighting for the Confederacy against a foe they did not know or understand.

Yankee commandants on the battlefield frequently complained about blacks’ assistance to the Confederacy. This is one of the reasons they suggested emancipating Southern black slaves. It was more of a military measure than to give blacks freedom and equal rights. It would eliminate the Confederacy’s primary support system: millions of loyal Southern blacks. Emancipation would cause them to leave their homes and the plantations of their Southern oppressors.

In reality, it was not as simple as that. There are numerous stories of slaves who harbored no bitterness against their Southern masters before, during, and after the war. There were instances where the former masters of now free slaves were supplied with money and support by their former slaves in order to keep them from suffering.

A very touching example is the case on a large plantation in the deep South. A young white man, the son of the former owner of the estate, had become reduced in purse and self-control by reasons of addiction to alcohol, and had become a pitiful creature. In gestures that would have been incomprehensible to Northerners of the time, the black slaves who were still living on the plantation supplied this young man with the necessities of life for years. They gave him literally half of all they had, voluntarily, simply because his father before him had treated them with decency and respect.

This by no means justifies any system of involuntary servitude. It simply shows that even in an unjust system, some people–black and white–behave with kindness, compassion, and nobility and may form bonds of love and regard as Stonewall Jackson and Jim Lewis did.

CLICK HERE to purchase a sign by artist Giclee 16″ x 20″ wall art print, The above text from the book Unlce T and the Uppity Spy is what inspired this painting: