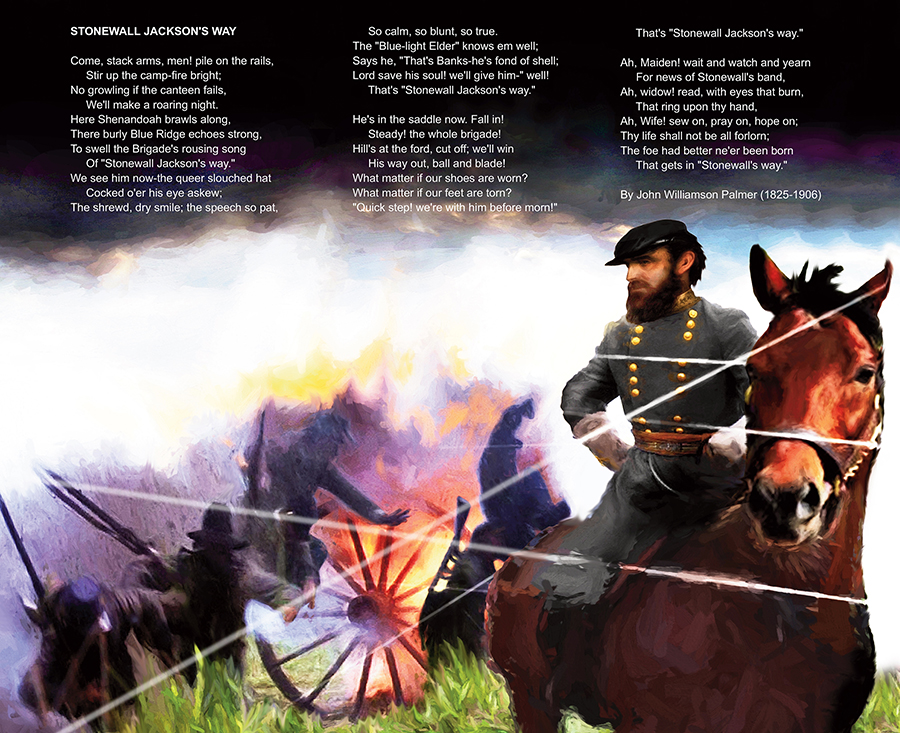 Some find it surprising that one of the greatest generals of the Confederacy, Stonewall Jackson, exercised loving care toward blacks. In fact, Jackson felt it was his Christian duty to be kind and helpful toward those who were “held in bondage” and to nurture their souls, But did Jackson strong beliefs was also openly known for frequently exposing himself to danger.

There is always confusion on a battlefield advances and retreats, flanking motions, movements designed to confuse or fool the enemy happen all the time. Civil War battlefields were also full of smoke, and the armies had their share of bad weather and changing terrain to contend with too. When the Confederates broke his army’s line at Chancellorsville, General Hooker retreated and made a defensive formation with his men. Stonewall Jackson, contending with the changes of the battlefield and made his bold move.

Although Jackson’s gifts as a military commander are recognized in both the North and the South, his role as a seed-planter of African American churches is less well known. Orphaned as a child, Jackson was raised by Episcopalians until such time as he chose the Presbyterian Church as his own faith tradition in the 1850s. He became a dutiful and diligent tither and attendee. So strong was his faith, Jackson defied the social order (and the law) by starting a Sunday school for African Americans. As this Sunday school flourished, it outgrew its original location, which resulted in the seeding of other African American churches throughout the area.

After the Civil War, some newly freed slaves who were educated in Jackson’s Sunday school took up the mantle of preaching, spreading their fervent faith far and wide.  CLICK HERE to purchase a sign by artist Giclee 16" x 20" wall art print, The above text from the book Unlce T and the Uppity Spy is what inspired this painting: