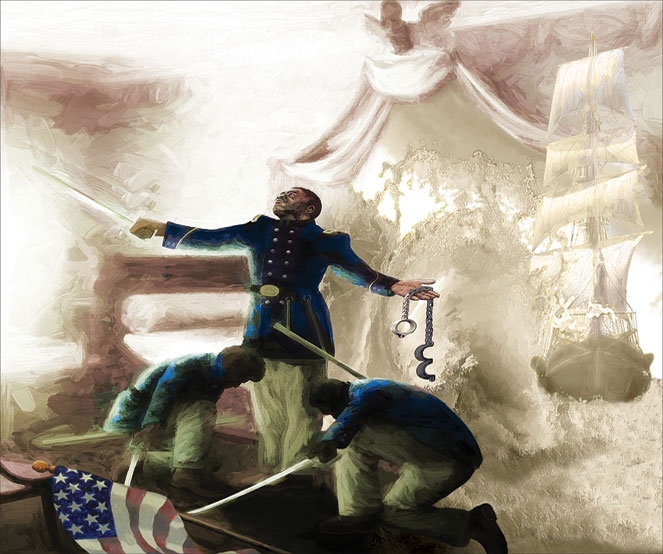 The average contemporary American is taught about the Buffalo black soldiers which was formed after the American Civil War which was send west representing the new United States against Native Americans.

But what’s not taught is about the post war-African-American soldiers called; The Union League, an association originally organized in the North to inspire loyalty to the Union cause after the War. During Reconstruction,

They when back to the South lands of America in business suits to ensure Republicans support among newly enfranchised blacks for political party superiority.

Their creation sparked the creation of the KKK, The Union League took part in rig elections, encouraging sharecropper slaves to revolt against the sharecropping masters.